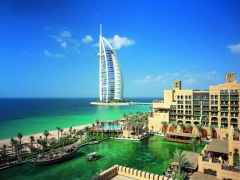 Dubai is close to finalising regulations to certify halal products in a move that could have major economic and trade ramifications globally.

Dubai Chamber of Commerce and Industry president Hamad Buamim said an announcement could be made as early as November and would apply to a wide range of Islamic lifestyle products including food, clothes, cosmetics, pharmaceuticals, media, travel and art.

“I know that the work has already started – there is a dedicated team looking at it and … things happen in Dubai fast,” Buamim said.

“I believe many of these initiatives will be able to be launched either during our [Islamic finance] event [in November] or in 2014.”

Islamic economic experts said a halal certification stemming from Dubai would have a greater effect on global halal trade than existing regulations, which have limited enforceability.

“Dubai has a disproportionate influence on the Islamic economy although that’s not fully realised as yet,” Thomson Reuters global head of Islamic finance Sayd Farook said.

“Dubai controls strategic trade routes in the world and also more than 65 terminals across the world, including new developments underway in India, Africa, Europe and South America. What this means is, Dubai can influence global trade through these particular ports and have controls over them.

“On top of that [the UAE] has the chair of the Standards and Metrology Institute for Islamic Countries (SMIIC) for the next two years.

“They are developing the standards for the halal food and lifestyle goods for the whole world.

“Once they implement this and once Dubai starts implementing this in relation to its own trade, what you will see is the beginning of Islamisation that is led by Dubai.”

Farook said the GCC accounted for $83m of the $126m worth of food imports to Islamic countries, also giving the region greater influence over global halal standards.

“The GCC… pulls a huge amount of food imports to the Islamic world and therefore a disproportionate influence on [Islamic food trade standards],” he said.

“For example, the Malaysian standard on halal food has been used around the world as a kind of benchmark, but primarily that’s been because it’s well written and it’s developed by a government. It doesn’t actually control or determine large amounts of trade,” Evans said.

“If there’s a food standard which is developed from the Gulf region, like a GCC wide food standard, that would determine which food products could be imported into the GCC region.

“This is an $83bn market just on its own so the effect that this standard would have on the marketplace would be much more dramatic than the Malaysian standard.

“So I think it would play a very different role, as I see the shift moving from SEA towards this region.”

Buamim said Dubai’s position as a regional hub for finance, business, tourism and trade also bode well for its ambition to become a global centre for the Islamic economy, including finance and halal products.

“Dubai is the regional finance and business centre. This really puts us in a good position. Also Dubai being the Arab world, this will also give us an advantage,” he said.

The Islamic economy is estimated to be worth $2tr and increasing about 20-25 percent annually, according to Thomson Reuters.

The Islamic population of 1.6bn is growing at about twice the global rate and is the youngest in the world.

Muslims also mostly live in emerging economies and are becoming one of the most significant consumer groups globally, with total disposable income estimated to be $4.8tr in 2012.

Buamim was not concerned that some non-Islamic countries such as the UK, Australia and New Zealand were boosting their Islamic industries, including in tourism and the production of halal meat, would negatively impact on Dubai’s ambitions.

“I strongly believe that there are many centres around the world working on this and they should really compliment each other, work with each other,” Buamim said.

“When London announced this I said this is perfect, because to have one of the countries outside the Muslim world to pay more attention to this, this is really excellent and this will really support all of our initiatives.

“It’s very important, it’s not only about producing and exporting, it’s also about consuming.