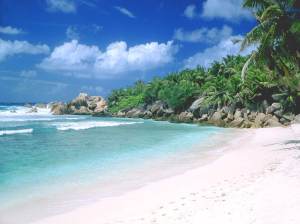 Goa Tourism department has received a demand for special swimming zones for women from the newer markets which are sensitive towards their safety during their stay in the coastal state.

The tourism department officials, who have been interacting with industry players from places like Turkey, are encountering new set of demands for the tourist destination.

“I interacted with a seller from Turkey who told me that special swimming zones for women and halal chicken for Muslim travellers can be added to the destination to attract the tourist from that country here,” tourism director Nikhil Desai told PTI, at the sidelines of Goa International Travel Mart (GITM) which took place recently.

Buyers and sellers from 28 countries are participating in this business-to-business forum.

When demands are put forth by the sellers from different countries, it helps the tourism department to plan the industry accordingly, tailor-making it to the requirement trends, Desai said.

While the tourism industry stakeholders are vying to sell themselves to newer buyers, the state tourism department is increasingly looking at markets like Bulgaria, Czech Republic, Poland, Hungary, Philippines, Indonesia, Malaysia and even China, which are unexplored by Goa.

Goa is also being marketed in places like Singapore and Australia from where the industry can attract sizable tourists, the tourism official said.

The state currently attracts 2.6 million tourists, of which around 3 lakh are foreign travellers.

During GITM, lot of contracts are signed and followed up between buyers and sellers, Desai said.

“We can’t get the details of the contracts because secrecy is one of the clause in it,” he said.

The GITM, which is in its third edition this year, has Goa as a focus with more than 500 appointments between buyers and sellers planned during the three-day event.