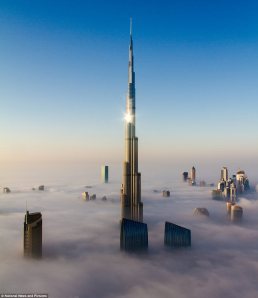 Halal food and beverage market is becoming increasingly popular worldwide and has grown to a US$1.1 trillion industry in 2013, states the latest research note by Dubai Chamber of Commerce and Industry based on a recent study by Thomson Reuters in collaboration with Dinar Standard. The Dubai Chamber report assumes significance as preparations are under way for the 10th World Islamic Economic Forum (WIEF) to be held in Dubai from 28-30 October 2014, which will discuss halal food as a major component of the Islamic economy.

Halal food market includes a large variety of products from raw chicken and beef to halal processed foods and cold drinks. The Chamber report estimates that in 2012, halal food and beverage market accounted for 16.6 per cent of the global food and beverage market, indicating greater awareness worldwide about the sustainable and wholesome principles that are at the core of halal food production.The outlook remains bright as the report expects the market to be worth US$1.6 trillion by 2018, growing at a Compound Annual Growth Rate (CAGR) of about 6.9 per cent.

Commenting on the report, H.E. Abdul Rahman Saif Al Ghurair, Chairman of Dubai Chamber, said: “We see opportunities to enhance the halal food industry. The research findingon halal food sector is of considerable importance for the UAE food and beverage business, especially since halal food is a key pillar in the Dubai Capital of Islamic Economy initiative launched in 2013. Based on the initiative, Dubai has the capability to create new avenues for growth in this sector, andbecome an international centre for halal industry.”

According to the Dubai Chamber report, the UAE halal food consumption market was valued at around US$20 billion in 2012. Halal meat is an important component of this market, dominated by unpackaged meat which, according to 2013 estimates, constitutes about 78.7 per cent of the market share while packaged meat took the remaining 21.3 per cent.

Most of the meat sold in the UAE is uncooked, with retail sales accounting for about 43.8 per cent of the UAE uncooked meat market in 2013 while food service business, including hotels, restaurants and catering outlets, constituting about 47.9 per cent, says the report.

Highlightingthe preference of UAE residents for packaged food as they look for convenience in their busy lifestyle, the research note shows that packaged food worth about AED 11,148 million was sold in the UAE in 2013. Increasing demand is expected to take the packaged food market to about AED 14,078 million by 2018, with sales value growing at a CAGR of about 4.78 per cent during this period, the report states, indicating a long-term business opportunity in the UAE halal food market. The report identifies branding and franchising in this area as critical to UAE businesses looking to increase profit margins and new opportunities for international expansion.

Globally, halal food industry is growing in a number of markets mainly in countries in the Middle East and North Africa (MENA) region, South and South East Asia. Indonesia is the biggest halal food market with market value of US$197 billion in 2012, according to the report. Turkey, with US$100 billion, is the second largest market.

The report highlights the potential for UAE businesses to source lower cost basic food products from a variety of countries across Africa, Asia and Latin America, which can then be further processed, packed and branded to be sold in international markets. Given the strong expected population growth and income growth across these developing regions, businesses could expect further robust demand increases in these markets, the research note adds.

As a major centre for halal food, Dubai imports meat from a number of markets. Brazil accounted for more than half of Dubai’s meat imports in 2013, supplying 166 thousand metric tons (TMT) of the total volume of 314 TMT to take 53 per cent of the market share, far ahead of the US at second place with 14 per cent, Dubai Chamber stated based on Dubai Customs data. The US exported 43 TMT while Australia was a distant third with 27 TMT, taking just 9% market share. Among the neighbouring countries, Pakistan and India each supplied 5 per cent of the total volume, while Ethiopia cornered 3 per cent.

Foreign trade statistics showed that only about 10 per cent of meat imported into Dubai annually was re-exported, the bulk being used for domestic consumption. With meat constituting a major part of the diet of the population, demand is mostly unaffected by income variations, according to the Chamber. However, meat imports to Dubai have been driven by increase or decrease in population with imports peaking during the years of rapid economic development of Dubai, especially in 2007 and 2008, and slowing down in 2009 and 2010, when manpower requirement decreased due to the global crisis.

With economic indicators pointing to accelerating growth of the economy of Dubai and the UAE in the coming years, growing manpower requirements will lead to increase in population, which in turn will raise imports of food, particularly meat which constitutes a major component of the population’s diet, the report states.