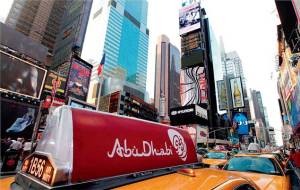 Yas Island’s hotels have had a bumper six months on the back of growing Chinese interest in the UAE as a tourist destination.

Average occupancy at Yas Island’s hotels rose in the first half of the year, hitting 84 per cent – up from around 70 per cent a year earlier, as a massive 14,000-person delegation from the direct sales company Nu Skin China in March swelled figures.

Occupancy rates are usually higher in the second half of the year, driven by demand for winter sun and the annual Abu Dhabi Grand Prix.

Overall hotel room occupancy in Abu Dhabi in the six months to June stood at 77 per cent, up from 69 per cent in the same period last year, according to data from the Abu Dhabi Tourism and Culture Authority.

Chinese tourists are Abu Dhabi’s fastest growing hospitality segment – with the total number of guest nights growing 115 per cent in the past six months, according to the ADTCA.

“The demand from China has grown at a staggering rate,” said Clive Dwyer, the director of Yas Island Destination Management.

A paper from the management consultancy BCG expects the value of Chinese outbound travel to grow at about 17 per cent per year up to 2020, as high economic growth rates fuel the country’s outbound tourism market.

Yas Island’s Rotana hotel is planning to introduce package holidays to cater to the Chinese market, as well as hiring a fluent Mandarin speaker to encourage new guests.

“We’re seeing noticeable interest from the Chinese markets, and we’re supporting that with a lot of new initiatives,” said Karim El Guanaini, a vice president at Yas Island destination management.

“The Chinese market has been identified as a market that needs a lot of awareness, business development and an on-the-ground presence,” he said.

“We’ve decided to boost in-market representation, and do a lot of public relations work” as well as launching a micro-site with Expedia to advertise the island, Mr El Guanaini added.

Islamic tourism from China presents a growth opportunity for Abu Dhabi. China is home to about 20 million Muslims.

While Islamic tourism from China to Abu Dhabi “hasn’t yet taken off”, Mr El Guanaini continued, “with a bit more of a push from ourselves and from the tourism authorities, it could really take off”.

Vivian Xu, assistant to the chief executive at the Yue Club, a high-end Chinese tour operator, says that the UAE caters to Chinese tourists looking both for luxury brands and investment opportunities.

“What our clients want is luxury hotels, shopping, and designer brands,” she said.

“The UAE can cover all of this. It also provides our clients the chance to look at business opportunities to invest in.”

A number of travel operators from China visited Yas Island yesterday as part of the Chinese Visitor Summit, which aims to link Abu Dhabi’s tourism industry with Chinese tour operators.

But lack of follow-up by UAE companies and a shortage of fluent Mandarin speakers are both limiting the ability of UAE companies to cater to the Chinese market, said Robert Nicholas, the managing director of npimedia, which organised the conference.

“You need people who can speak [the] language,” he said.