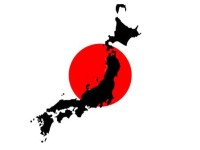 Malaysia and Japan will work closely in respect of the development of halal products. In this regard, the city of Chiba will become the gateway for the entry of Malaysian halal products into the country.

Malaysia’s Minister of Agriculture and Agro-Based Industry Datuk Seri Ismail Sabri Yaakob said his Japanese counterpart, Koya Nishikawa, had stated his commitment towards this initiative at a bilateral meeting in Tokyo today.

“Japan is ready to receive athletes for the 2020 Tokyo Olympic Games. But, has to date, not made any decision on receiving halal products from any country.

“We might be the first to offer the halal products and Chiba, through its Vice Governor Takahashi Wataru, has accepted the proposal to make the city the gateway,” he added.

He told reporters this after the bilateral meeting and a visit to a cattle farm in Chiba today.

Ismail Sabri also said his ministry would organise an expo and seminar on halal products in Chiba early next year.

In another development, he announced that Japan’s Ministry of Agriculture, Forestry and Fisheries had agreed to the import of frozen chicken products into the country.

However, he said, the Japanese government had requested an undertaking and guarantee on the status of the bird flu epidemic in Malaysia.

“The Japanese government sees Malaysia as being still in the grip of the bird flu epidemic and want an official letter from us, stating the country is free from the disease,” he added.

According to Ismail Sabri, frozen chicken products were among the 112 that had yet to receive approval from the Japanese authorities.

He said at the bilateral meeting, he had requested the Japanese government to seriously consider Malaysia’s application for approval of the other products, including mangoes, papayas and water melons.

“We have been asked to list the products according to priority. We will see which products have high demand in Japan and send the list accordingly,” he added.

Ismail Sabri said Japan had requested that Malaysia lift the restriction on the import of Japanese beef.

“I will look into the matter and do not see it as being related to hygiene but all beef sold in Malaysia has to be halal,” he added.