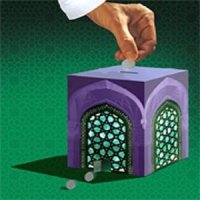 The GCC Islamic finance industry is expected to maintain its rapid growth over the coming years despite mixed results across sectors this year, according to Standard & Poor’s Ratings Services (S&P).

The industry’s expansion is expected to be driven by the GCC’s robust economic prospects, continued infrastructure needs and rising issuance from governments and government-related entities.

“We remain upbeat on the outlook for the GCC Islamic finance industry, but we have seen mixed fortunes across sectors this year and a broad spectrum of structural issues continuing to pose challenges,” Standard & Poor’s Middle East managing director and regional head Stuart Anderson said.

Despite growth, the industry remains a demand-driven market, with limited supply.

The expansion and enhancement of existing Islamic finance centres in the GCC and a more transparent regulatory environment are critical to accelerate growth.

The sukuk sector has registered healthy volumes this year with $20.3 billion worth of issuances in the GCC as of October 5, 27.3 per cent higher than the same period last year.

The fall in the issuance of corporate and infrastructure sukuk by almost a third compared to the same period last year was more than compensated by higher issuance from governments and financial institutions.

S&P believes sukuk issuance this year is on course for a 5pc growth from last year.

Refinancing needs from maturing sukuk and the good economic prospects for the GCC underpin our expectations.

Meanwhile, GCC Islamic banks have continued to increase their market share in the region.

Although S&P expects the growth of Islamic banks to gradually converge with that of their conventional peers over the next decade, the market share of Islamic banks will continue to rise in the next few years.

S&P expects total GCC banking assets – both conventional and Islamic – to rise to $2 trillion by next year’s end from $1.7trn at last year’s end.

The GCC banking credit stock is also expected to climb by around 10 this year and next year.

“We believe Islamic banks will continue growing visibly faster than their peers, particularly in countries that have the highest domestic credit growth prospects,” said Mr Anderson.

In contrast to the Islamic banking sector, the takaful sector in the GCC underperformed their conventional peers.

Continued resistance to the concept of insurance has left the market dominated by compulsory lines of business and weakened by fierce price competition.

S&P estimates the GCC takaful sector to generate just over 10pc of total market premiums. The sector is dominated by medical and motor insurance while the provision of life savings products, the mainstay of mature markets, is still undeveloped in the region.