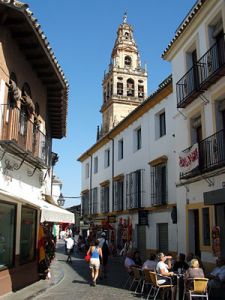 Halal tourism in Spain, a country visited by more than a million tourists from the Muslim world last year, occupies an important place in the first International Halal Congress to be held in Cordoba at the end of March, announced on Friday the organizers of “Halal, a Global Concept”.

The term Halal refers to the practices, services and healthy products allowed to the Muslims. Although traditionally it is associated to the food, it actually spreads to many sectors, as tourism.

The Muslim tourism market grows annually by 8.5%, being Spain the sixth destination chosen by 23% of these travelers. A tourist who likes shopping, culture, gastronomy and who is passionate by our football.

According to the latest figures published by the Spanish Ministry of Industry, Energy and Tourism, 1.155.662 tourists from the Muslim world traveled to Spain in 2014. Algeria pioneered the travelers home countries with nearly 220,000 visitors, followed by Turkey (215, 076 tourists), Morocco (199, 305) and Egypt (86, 001). In fifth place the figures descend to 41.127 visitors from Indonesia or Malaysia (32.864), being Southeast Asia one of the most powerful areas referred to global Halal markets.

For the organizers of the First International Halal Congress of Spain, “Halal, a Global Concept”, to be held in Cordoba from 24 to 26 March, the Spanish tourism sector is increasingly interested on deserving the Muslim visitor’s needs.

According to Isabel Romero, president of the Spanish Islam Authority (Junta Islámica) and CEO of Instituto Halal (Spanish Halal Institute), “Spain has a great opportunity and a challenge to face. We have a great ignorance of these tourists’ demands and specificities. We must educate and inform tourism professionals to adequately address this important segment. It is also essential to develop specific promotion policies to attract these visitors. Only in Europe more than 20 million people could visit our country assiduously, reaching 200 million in our continent.”

One of the most representative panels of the program will discuss precisely this topic: “Halal tourism, an opportunity for Spain?”. Moderated by Flora Sáez, director of development of Nur and Duha the only Spanish travel agency certified Halal, the round table will host speakers with an extensive experience in this sector, as Turespaña Head of Business Area and Special Interest, Angela Castaño. The roundtable will also be attended by Antonio Santos, Innova TaxFree Institutional Relations and Tourism director, the senior associate of consulting DinarStandard Reem El Shafaki and Fazal Bahardeen, founder and CEO of Crescent Rating and HalalTrip, two successful initiatives focused on Muslim tourism.

The most important elements for these visitors when deciding a destination are the existence of restaurants and hotels with Halal food (67%), the price-quality ratio (53%) and the friendly Muslim offer (49%), according to a recent report from DinarStandard.

This would mark the preferences for France (30%) as main destination for the tourists from Saudi Arabia, United Arab Emirates and Malaysia, followed closely by Italy and England (both with 28%). For its part, Spain doesn´t appear up to the sixth position (23%) of the ranking Muslim Travel Index 2014, behind Germany and Turkey (both with 26%).

However, 32% of the travelers from Saudi Arabia considers our country as their third option.

It is a new tourist profile that may find in Andalusia, especially in cities such as Córdoba, Marbella or Granada, a varied offer but will face much more difficulties in the rest of Spain.