North America’s largest halal food festival took place in Toronto this past weekend at the International Centre in Mississauga and attracted over 35,000 visitors from across the continent.

“The Greater Toronto Area is home to the largest population of Muslims in Canada, making it the perfect destination,” noted the organizers of the festival.

“Sufra Halal Food Fest TO is a celebration of halal food and the diversity of the city, and of Canada as a country laden with culture.”

Now in its seventh year, the two-day event featured more than 150 exhibitors – halal restaurants, bakeries, manufacturers, specialty stores and artisan vendors – who showcased a diverse range of flavors from around the world. 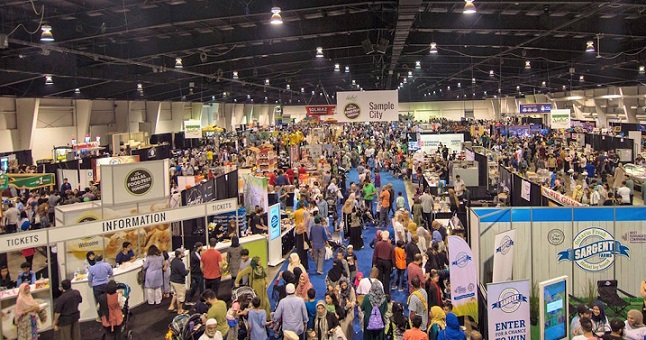 Aside from the large selection of food to sample, there was a shopping bazaar, cooking demonstrations, stand-up comedy performances, children’s storytelling and meet-and-greets with famous bloggers.

New this year was the “Family Food” game show, where fashionista bloggers faced off with Foodies in a take on the famous Family Feud game show. 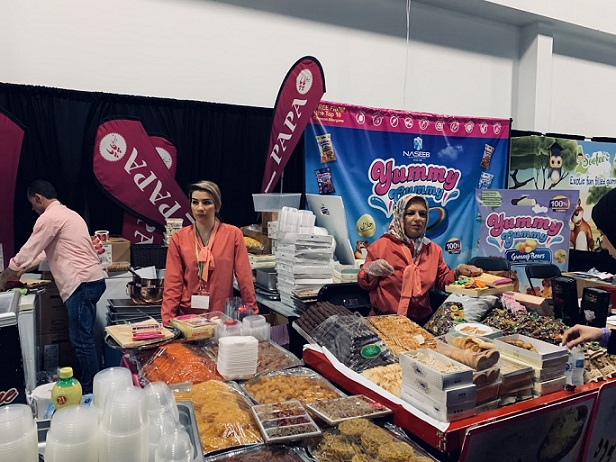 Featured presenters included Reem Ahmed who was on MasterChef Canada cooking competition making it to the top 10 best home cooks in the country; Amanda Saab, the first woman in hijab to appear on the American version of MasterChef and Chef Russell Auckbaraullee, owner of Penthouse Catering and First Mauritian Muslim to battle on Chopped Canada. 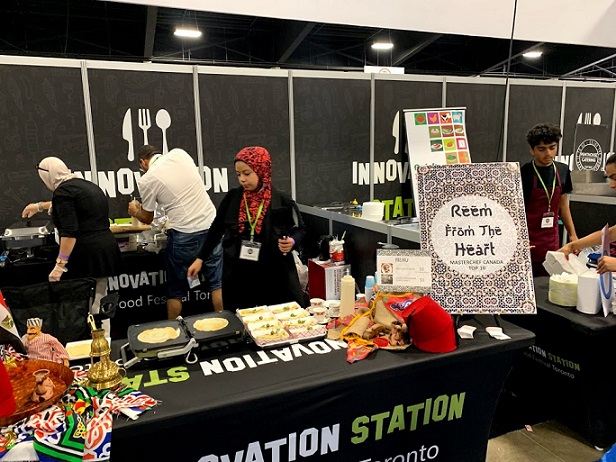 The festival also featured a 14,000 square foot Kids Zone included with admission, a baby lounge for families with young children and a story-time session, ‘You Are What You Eat’ by Noor Kids founder, Amin G. Aaser.

Noor Kids is a Harvard-supported educational services organization that seeks to build confidence in the religious identity of young Muslims. Noor Kids publishes one of the world’s fastest-growing Islamic children’s book series with titles in over 250,000 homes across 25 countries. 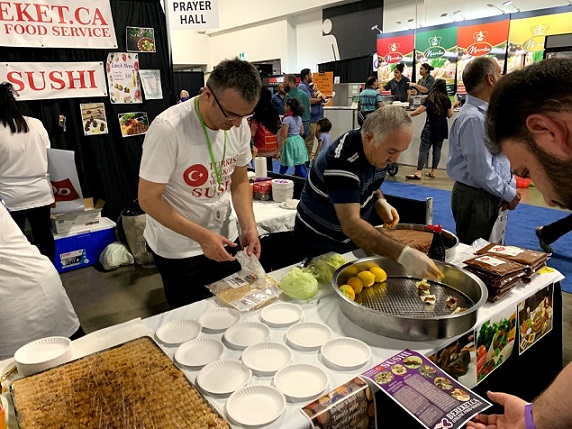 Overall, the Halal Food Fest shared a glimpse of the multicultural Canadian Muslim community while giving insight into the food industry.

With so much of the Muslim community being made up by larger and younger families, events like the Halal Food Fest has made it possible for all ages to have a good time. 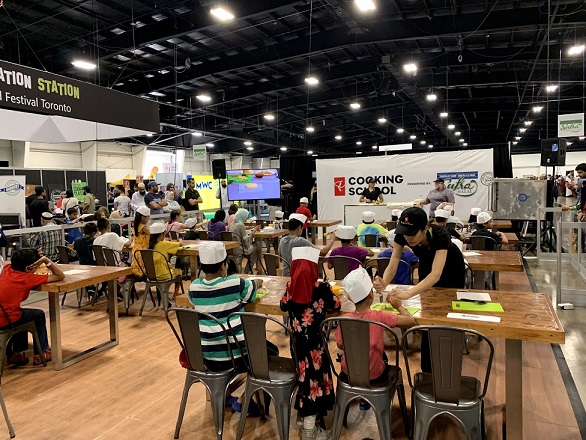 According to most recent Statistics Canada’s data, it is estimated that the country’s Muslim population currently sits at 1.4M and is projected to exceed the size of Canada’s 1.6 million Chinese population by 2021.

As this niche community grows, the halal food sector has worked to fill in the growing gap. 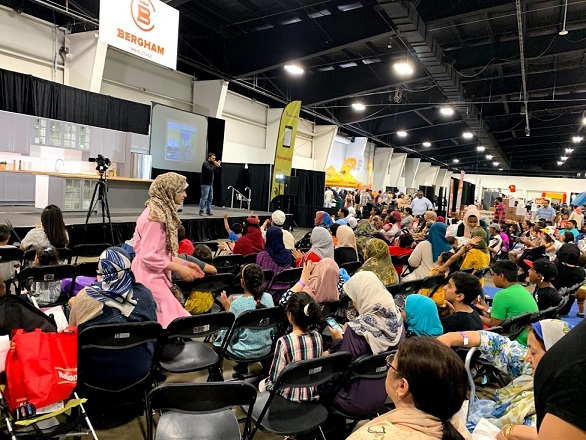 The vibrant Muslim community in the area is the host to two other large annual gatherings of North American Muslims, the Reviving the Islamic Spirit (RIS) Convention in December and the summer festival, MuslimFest.