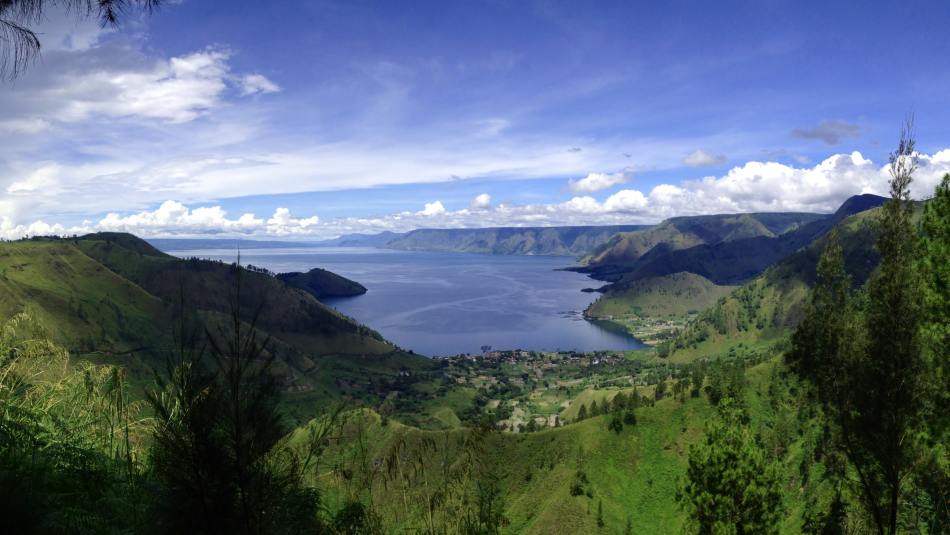 The Indonesian government has been pushing to develop new tourist zones with the ‘halal tourism’ concept to attract foreign visitors to islands besides Bali.

The idea to push for “halal tourism” is to attract Muslim tourists from abroad, but, in some areas of the country, those plans have led to clashes and demonstrations.

There are fears halal tourism could lead to a push back of local culture and in some parts, people are saying it is a form of ‘Arabization’.

The plans for halal tourism on Lake Toba has become a hot issue lately. A number of political figures began to comment negatively about the application of the concept which actually already applies in many non-Muslim countries.

And Lake Toba, which is one of the favourite tourism destinations in Indonesia, fell into dispute and protests after Governor of North Sumatra Edy Rachmayadi proposed for a plan to develop ‘halal tourism’ in the area.

Spontaneously, many protested on social media, and there were even students holding rallies in the name of the Lake Toba Concern Student Alliance and Lake Toba Lovers (PDT) held a demonstration.

They urged North Sumatra Governor Edy Rahmayadi, not to go ahead with the concept of halal tourism in the Lake Toba region.

The reason is the majority of the population around Lake Toba is Christian and from Catholic Batak tribes. They say their culture and habits are contrary to the concept of halal tourism. They do not want their home ground to be disturbed.

“Actually, halal tourism is a very sensitive issue and can trigger conflicts in the area in the midst of people who have lived side by side with different ethnicities and religions.

“We feel the governor deliberately made the issue of compartmentalizing communities in the area,” said Ricco Nainggolan, a protester.

In the demonstration, protesters urged Edy to come see them to discuss the issue.

But in a meeting, North Sumatra Provincial Government explained the concept of halal tourism that will be applied in Lake Toba.

One of them is the provision of facilities such as places of worship for Muslims.

“Halal tourism is more on the development of the amenities. Because tourism meets the needs of people,” said Head of Marketing and Culture Department of North Sumatra, Muchlis.

He explained, based on data from the Central Statistics Agency, foreign tourists coming to North Sumatra were dominated by Malaysian tourists. The amount is around 53 percent.

“We hope that tourists who come will be satisfied. The multiplier effect is important for them to come back,” explained Muchlis.
One controversial point is the rumour that the slaughter of pigs will be banned in the region because it offends Malaysian and Brunei tourists.
That particular point has proven fairly controversial and has led to protests by a number of groups representing the region’s Batak communities, say local news agencies.
Most Batak are Christian and pork makes up an important part of their cuisine but it does not disturb tourists who want to visit the lake.