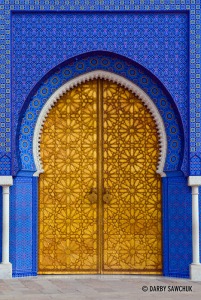 Morocco’s first fully “Halal” bank is set to open its doors in September.

According to the Moroccan Association of the Professionals of Participatory Finance (AMFP), the operation will take effect as soon as the central bank has given its approval.

“Before September or October, the first bank compliant with Sharia will be launched,” said Said Amaghdir, AMFP director. “Morocco’s financing needs are enormous, particularly in the financing of projects and the stability we have here is in favor of the kingdom.”

In January, the Moroccan government adopted a bill regulating Sharia compliant banking products and allows foreign Islamic banks to operate in the Moroccan banking sector. Abdellatif Jouahiri, governor of Morocco’s central bank said that Bank Al-Maghrib received requests from foreign entities to invest in the Moroccan Islamic banking sector, adding that these requests are being reviewed before starting any potential negotiations with concerned stakeholders.

AMFP estimates that the investments in Islamic finance will reach $7 billion in 2018. Mohamed El Kettani, CEO of the Attijariwafa Bank Group whose Islamic bank subsidiary, Dar Assafaa is set to become the first financial institution fully compliant with the principles of the Islamic Sharia (law) in Morocco, said that Islamic finance can represent 10 percent of the banking market in 10 years. “We are already leaders of the market and we want to remain the same under the new law.”

Islamic banks differ from normal banks in the concept of “interest”. In conventional banking, the relation between the bank and the client is that of creditor and debtor, whereas in Islamic banking the relation is that of partners, investors and trader, buyer and seller.